At the beginning of the season, nobody would have thought that last year’s runners-up from Trabzon would be back in the title race. A few matchdays after the start of the second half of the season, however, the Black Sea club is in fourth place in the table, just six points behind the leaders from Istanbul.

The Bordeaux Blues’ race to catch up is mainly thanks to their new coach Abdullah Avci. With his tactical finesse, the former Turkish national coach made the Black Sea club play in a results-oriented manner with manageable means, with the main focus on their own defense.

On Sunday evening, Trabzonspor will play at home against Fenerbahce. If the blue team from Bordeaux wins against the canaries from Istanbul despite their personnel problems, Trabzonspor will draw level on points with their Sunday opponents. For Fenerbahce, a defeat at the Black Sea would be difficult to bear, as they are already three points behind arch-rivals GS.

Moreover, Fenerbahce is behind in the direct comparison against the Turkish record champions. Although the Canaries have not exactly been at their best in recent weeks, the best bookmakers see the visitors as favorites for Trabzonspor vs Fenerbahce according to the odds.

Although Trabzonspor are currently struggling with a number of personnel problems, the Black Sea club should by no means be underestimated in the top match against Fenerbahce. Last week, head coach Abdullah Avci was able to overcome the staff shortage and celebrated his seventh win in a row in the Süper Lig.

Against Fenerbahce, the Bordeaux Blues now want to continue their winning streak and draw level on points with Sunday’s opponents. Considering how weak Fenerbahce were last week, a home win for the Black Sea club, which is short of players, cannot be ruled out.

We expect the top match between the two table neighbors to be a match of equals in which few goals are to be expected. For Trabzonspor vs. Fenerbahce, our betting odds are on UNDER 2.5 goals in the match.

Trabzonspor recently celebrated seven wins in a row in the Süper Lig, putting them back in the title race just a few matchdays after the start of the second round. Fourth in the table, the Bordeaux Blues are currently six points behind the Süper Lig leaders, so they still have a realistic chance of winning the championship.

Under Abdullah Avci, the Black Sea club has really blossomed in recent weeks. Despite personnel problems, the winning streak has continued and Trabzonspor even celebrated an away victory at Basaksehir, keeping their clean slate for the fourth time in a row.

As on the previous matchday, there will be a number of absentees against Fenerbahce. A total of six players are currently in hospital, but Ugurcan Cakir, at least the regular keeper, will return to the squad.

Will the winning streak continue?

The Bordeaux Blues have recently won four home matches in a row at the Medical Park Stadium. The Black Sea side have won all their home games so far this calendar year, the last time they lost a home game was against Turkish record champions Galatasaray. In total, Trabzonspor have a record of 7-1-4 in twelve home games.

In the eight home games under Abdullah Avci, Trabzonspor scored more than one goal in a home game only twice. It would therefore be more than surprising if they were to produce an offensive firework display in the top match against the visitors from Istanbul, especially as they lack the necessary offensive personnel anyway.

If Trabzonspor wins against Fenerbahce, odds of 3.00 are paid for tip 1. However, with the current personnel problems, a prediction on the home side is not recommended.

The second half of the season could not be worse for the Canaries from Istanbul. After a derby defeat, Fenerbahce not only lost the lead in the table, but also slipped down to third place after the latest home defeat against Göztepe. This means that head coach Erol Bulut has already gambled away his credit at the traditional club.

According to current media reports, Bulut’s departure is only a matter of time. If the away match in Trabzon is lost, Bulut will have to pack his bags. As an interim solution, ex-player Emre Belözoglu will probably take over as coach until the end of the season.
Will the Canaries be dealt the coup de grace?

Although Fenerbahce are currently in disastrous shape, the best bookmakers see the traditional club from Istanbul as slight favourites in Trabzon on Sunday evening. This is a surprising assessment, because, after the poor performance against Göztepe, there is hardly an argument to back the visitors in Trabzonspor vs Fenerbahce.

At the moment, there is a lack of creativity in the offensive game, which is partly due to the Canaries’ lazarette. With Pelkas and Gustavo, the two key players in midfield have been missing in recent weeks. Former DFB star Mesut Özil was integrated into the starting eleven, but has not been convincing so far.
Strongest away team in the Süper Lig

Fenerbahce will be looking to build on their strong away record against Trabzonspor this season. In the twelve away games of the current season, the Canaries have scored 29 points so far, making the third-placed team from Istanbul the strongest away team in the Turkish top flight. On average, FB’s offensive scored three goals per away game.

Dimitrios Pelkas played a major role in this goal output. In his 17 appearances, the Greek attacker scored ten points (four goals, six assists). Prior to the recent home game against Göztepe, Pelkas had missed three games due to injury, and against the Izmir club, the Greek was only used in the second half.

Pelkas is expected to be back in the starting eleven on Sunday evening. However, FB head coach Erol Bulut will still have to do without five players due to injury, including midfield engine Luiz Gustavo. If the Canaries nevertheless celebrate an away win at the Black Sea club, which is short of replacements, attractive betting odds will be paid out on Trabzonspor vs Fenerbahce.

View the rest of this betting tip at: .
All literature on display is taken from and all copyrights to it belong to it's owner! 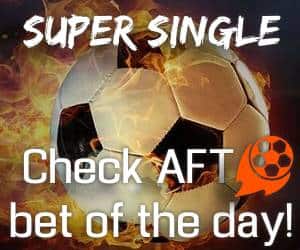