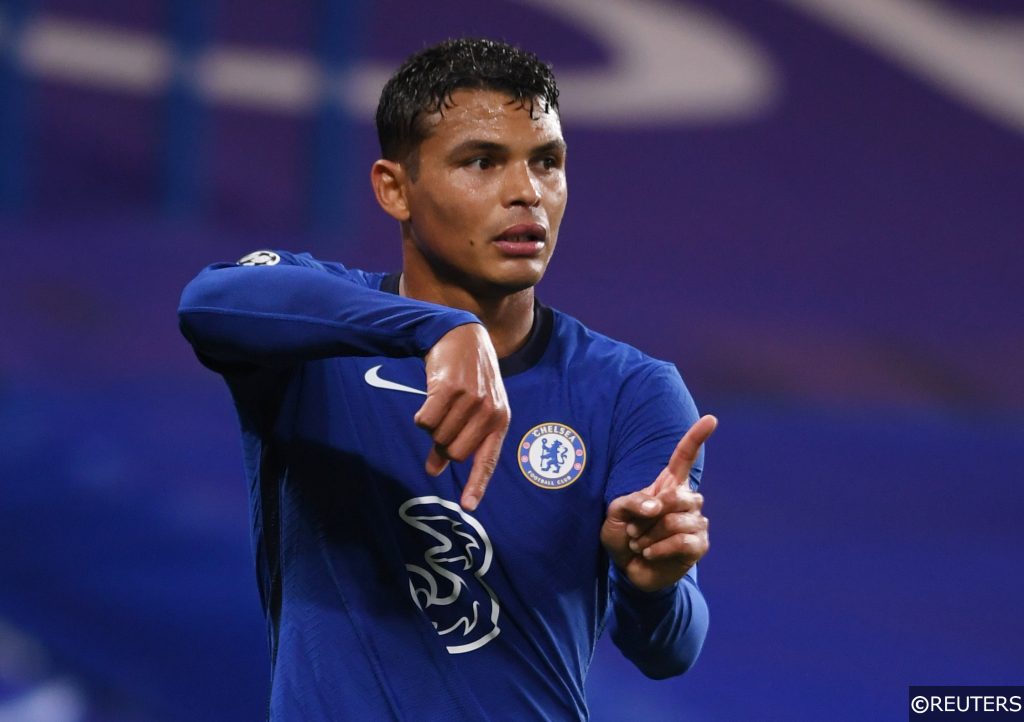 The Premier League continues to deliver excitement by the barrelful this season, and a glance at the current standings highlights just how unpredictable the 2020/21 campaign has been so far.

With both Manchester clubs closer to the foot of the table than the top, and Everton and Aston Villa matching defending champions Liverpool stride for stride at the summit, England’s top-flight has a deliciously random feel to it.

There is another full set of potentially drama-filled Premier League fixtures for supporters to consume this weekend, and ahead of the action, we’ve taken a look at some of the early value betting tips for some of the top tier fixtures on Saturday and Sunday.

Remember – we’ll be covering all the games in more detail with match previews and betting tips for each on our Premier League predictions page.

Fresh from a fine 3-0 Champions League win at Marseille in mid-week, The Citizens will roll in to the Steel City in confident mood, however, while another victory looks likely against a Blades side stuck in a rut, a deluge of goals shouldn’t be expected at Bramall Lane.

Chris Wilder’s robust United haven’t conceded more than twice in any Premier League fixture this season, while under 2.5 goals hit the net in four of the six matches they’ve contested so far. Man City carved out a slim 1-0 win on their last visit to Bramall Lane in January, and another close run thing is expected at the same venue on Saturday.

Still searching for their first win of the new Premier League season, the division’s joint-lowest scorers Burnley continue to look short of self-belief and low on quality in the final third.

Chelsea haven’t exactly exploded out of the blocks either, and though their new faces have found it hard to develop chemistry, we think the Blues should have enough quality to force a win at Turf Moor.

The club from the capital won five of their last six meetings with the Clarets, and having done the double over Burnley last season, Chelsea will be targeting another victory.

Already shorn of the Virgil van Dijk’s imperious skillset, Liverpool’s crisis at centre-half worsened in mid-week, when stand in defender Fabinho limped off with an injury against Midtjylland.

The injury hit Reds – who have kept just one clean sheet in six Premier League fixtures this season – could have a hard time keeping a dangerous West Ham team out at Anfield on Saturday, though a world-class and well-rested forward line should bail them out of trouble.

Mohamed Salah, Roberto Firmino and Sadio Mane were on the substitutes bench on Tuesday evening, and though they were all introduced in the second half against Midtjylland, the formidable trio should have energy to burn on Saturday – and that spells trouble for the Hammers.

Betting Tip: Liverpool and Both Teams to Score @7/5 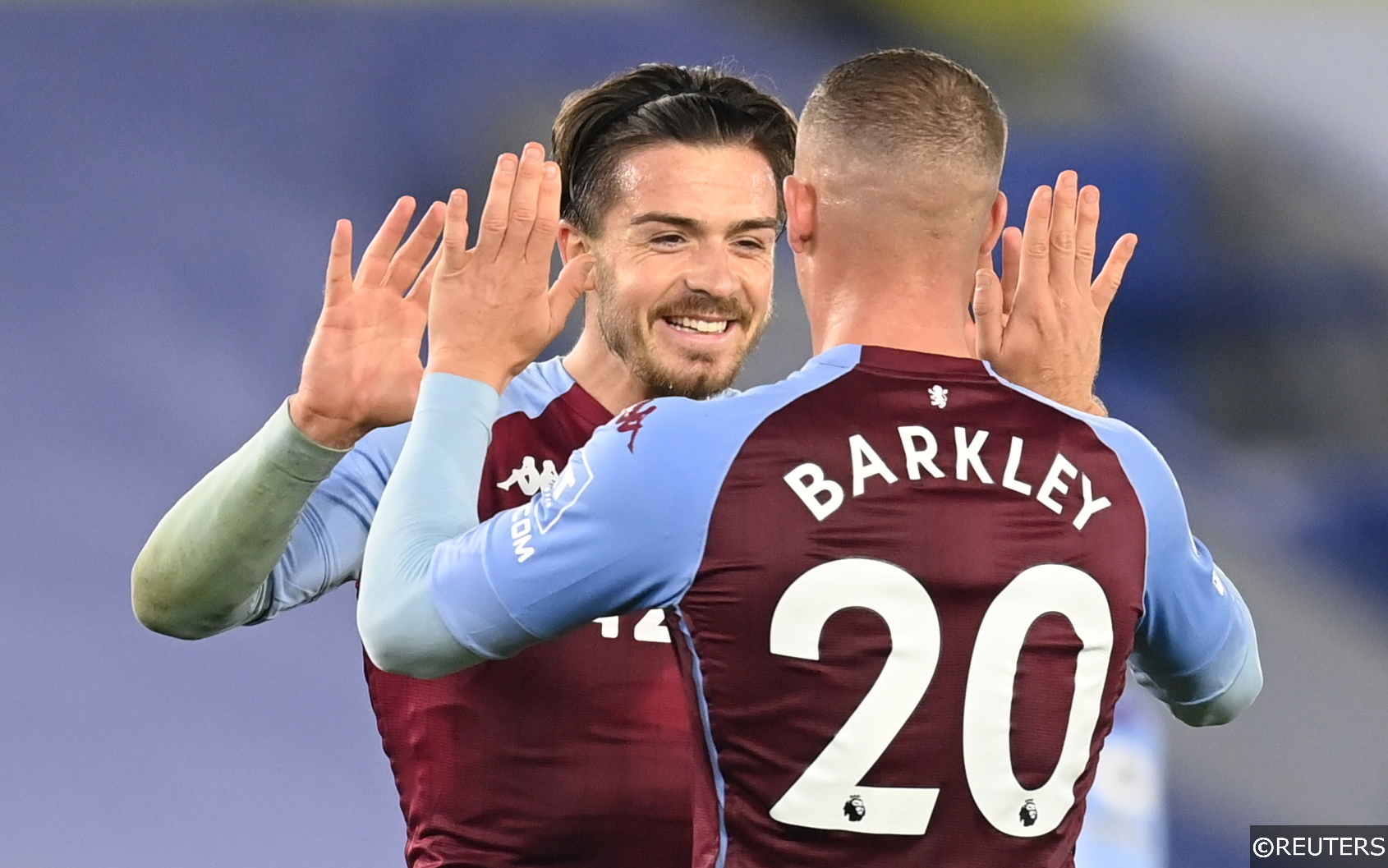 Aston Villa’s early-season winning streak came to a shuddering halt last weekend, when they were dismantled at home by a slick-passing Leeds United team that racked up an eye-watering 27 attempts in a 3-0 rout in the Midlands.

That was the third time in four Premier League fixtures involving Villa where over 2.5 goals were scored, but the first occasion this season overall where the Villains failed to register themselves.

Dean Smith’s charges should have chances to re-centre their sights against an expansive Southampton team on Sunday, and we’re anticipating goals at either end at Villa Park. The Saints, buoyed by three victories in four, will be playing to win, and that should ensure we’re treated to an open game.

Everton hit their first major bump in the road in a 2-0 reverse at Southampton last week, and with key players Richarlison and Lucas Digne suspended, the Toffees face another potentially sticky test at St. James’ Park on Sunday.

The ultra-defensive Magpies are far from prolific scorers, though Steve Bruce’s cautious charges did manage to make an impact on the scoresheet in eight of their nine competitive matches this term.

Newcastle conceded at the other end in six of the last seven of those fixtures however, and goals at either end look likely again when they host an Everton team sprinkled with summer signing stardust.

Betting Tip: Both Teams to Score @4/6

Mikel Arteta has adopted a safety-first strategy for Arsenal’s tougher games this season, and while the Gunners rarely concede many in showpiece fixtures, their output at the opposite end tends to be stunted.

Arsenal were beaten 1-0 by Man City and Leicester in their last two Premier League assignments, while United’s struggles at Old Trafford have been well documented.

The Red Devils scored just two goals on their way to collecting just a single point from their opening trio of league tussles at the Theatre of Dreams, and the evidence suggests their game against a tentative Arsenal outfit could be low on action.

To get the most out of the early value this week our predictions can be combined to make a 37/1 accumulator with bet365. You can add all six to your betslip using the banner below.

10 young players to watch in the Champions League this season