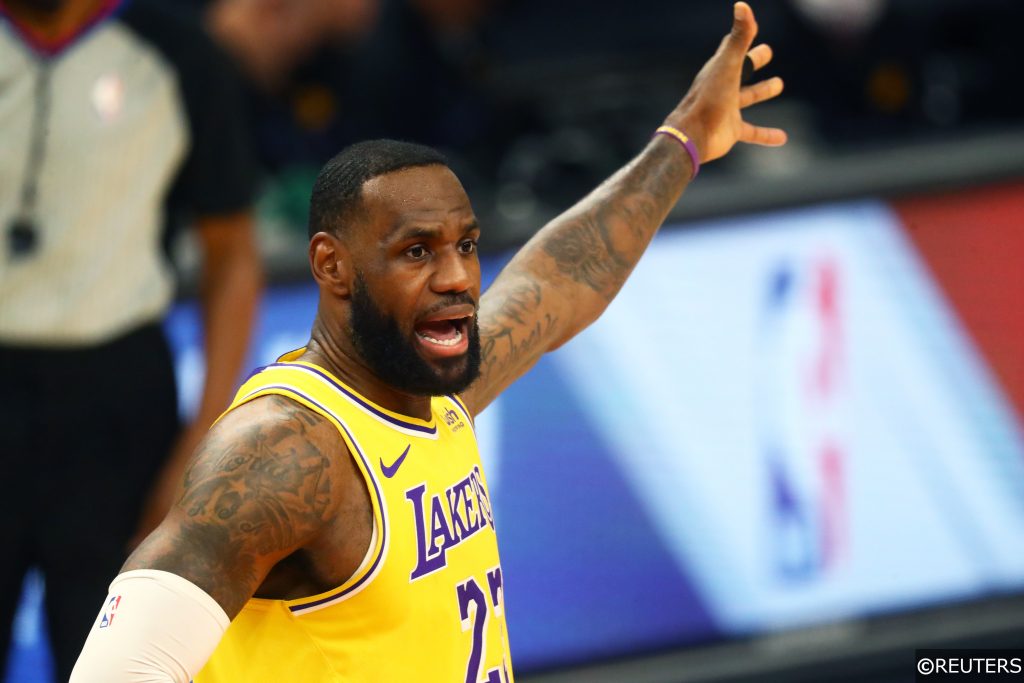 After landing a 16/1 NHL acca on Friday night, FST’s success in stateside sports continued on Monday night as we landed both our 16/1 NBA accumulator and our 2/1 double.

That was far from the only winner of the last few days though, with a debut win for the Celebrity Corner Double standing out on Sunday as well as Monday night’s Bet of the Day and Sunday’s NBA double winner. 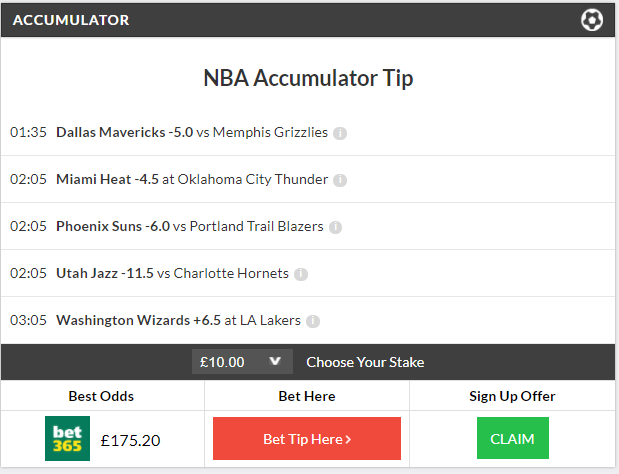 Our NBA accumulator headed to Dallas first as the Mavericks romped to an early lead and won the opening three quarters. They had to survive a minor onslaught in the closing quarter but they never looked in doubt of a comfortable victory after their early dominance.

Miami Heat went the other way as they launched a comeback after a dismal second quarter before the Suns and the Jazz dominated proceedings. Finally, the Wizards launched a second half comeback in Washington to take the Lakers to overtime before clinching a shock win and bringing home a stunning 16/1 acca win!

@FootySuperTips BOOM THANKS GUYS! I lowered one or 2 as couldn’t find your selections pic.twitter.com/yeMok69DJW

Wins for the Mavericks and the Wizards brought home a 2/1 NBA double on Monday night as well, landing our second in a row after the 11/4 winner the night before as the New York Knicks survived a last quarter onslaught in Minnesota to scrape through the handicap and the Milwaukee Bucks landed a comfortable win in Sacramento.

Back to our bread and butter now and our brand new Celebrity Corner Double came flying in on Sunday as Scott Minto and Kevin Phillips tipped up a beautiful Premier League double at 13/2.

Scott Minto made the boldest move as he backed West Ham to win and both teams to score as they hosted Tottenham, before Kevin Phillips went for what many considered the banker of the weekend in a Manchester City win at Arsenal.

Michail Antonio got the Hammers off the a flier with a 5th minute opener and Jesse Lingard heaped yet more pressure on Jose Mourinho with an early second half goal, but it was Lucas Moura’s consolation in the last 25 minutes that landed Scott his winner.

Things started very well later in the afternoon as well as Raheem Sterling nodded in inside three minutes and while Manchester City never managed to add to their lead at the Emirates, they never looked in real danger of losing that lead.

Make sure to keep an eye on our free football tips for the next instalment in Celebrity Corner!

And finally, Sevilla’s fantastic La Liga form saw our Bet of the Day land at evens as Diego Carlos and Luuk de Jong handed the Spaniards a comfortable win at Osasuna.

Mark Langdon continued his incredible hot streak on Saturday as he landed his 12th winner in a row in our Experts Best Bets feature.

Cardiff thrashed Preston 4-0 to land Mark’s 19/20 tip on Saturday afternoon, and according to our poll some 145 of you backed that winning tip.

Mark’s latest winner unsurprisingly saw him retain his place at the top of the leaderboard, with the Racing Post hotshot now 8 points in profit from 14 bets. Make sure to check our betting news section for our next Experts Best Bets article on Friday.

Don’t worry if you missed out on any of our Friday winners. We’ve have a range of tips across multiple sports for Saturday, with a host of football accumulator tips on top of today’s US action.

All of today’s tips can be found with bet365. We recommend you sign up for a bet365 account to follow our tips across all sports. New customers can claim up to £100 in bet credits.

The post 16/1 NBA accumulator winner on Monday (plus 4 other winners since Sunday!) appeared first on Free Football Tips.